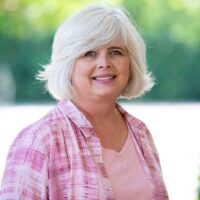 We hear testimonials from leaders and participants all over the world who have been impacted by our Keys to Freedom study. Not only do we love to share these stories of encouragement and transformation, but we also love to highlight individuals who continually bring healing to their communities and those around them through Keys to Freedom.

Nancy Thomas, one of our monthly partners, has led 5 Keys to Freedom groups through her home church of ClearView Baptist Church in Franklin, Tennessee. She has also facilitated MPower Workshops at her church as well.

We asked Nancy to share her Keys to Freedom story and how it has impacted her life and the lives of those she has led through the study.

When did you first hear about Keys to Freedom, and what made you decide to participate in it?

I first heard about Keys to Freedom from Ariana Walker (Mercy UK Chief Executive). I was in our weekly church staff meeting, and Ariana shared how the Mercy home in the UK was started. She described how her younger sister was being rebellious, and her parents asked if Ariana and her husband could take her in. When her sister moved in with them, she found out the reason her sister had been abused by a man at the neighborhood park. Ariana’s sister’s rebellious actions were actually her response to the trauma she had been living.  Ariana described this as Christian brokenness. That resonated with me because I had never heard of rebellious behavior called Christian brokenness. Ariana then talked about Keys to Freedom as a discipleship resource they use to help the women in the Mercy homes.

In what ways have you seen Keys to Freedom impact your life? Can you describe any specific turning points as you participated in the study?

It has been a joy for me to lead several groups of women through this study. When I am in a small group of Keys to Freedom women, I feel like am I doing what God called me to do. I have grown alongside each group I have led. I have also led alongside two other women. They have been a great support and a blessing to me. This study made me realize that God has a plan for my life of freedom, but the enemy also has a plan of bondage. We need to walk daily in humility before God and be willing to help each other to live in freedom and help set those free who are in bondage.

What made you decide to lead a Keys to Freedom group?

I wanted to lead a group because I love to facilitate groups of women and I wanted to help women who are suffering. Many people become stuck in various kinds of bondage and are unable to live the life of freedom Jesus died to give us. Keys to Freedom equips you to live out the biblical truth of freedom in Christ. As a child of God, you can be set free from bondage in order to accomplish the works He has planned for you to do.

You are about to lead your 5th group, what changes have you seen in the people you have led after walking them through this study?

I have seen women who were in bondage have their chains fall off right in from of me. I have seen healing, spiritual growth, transformation, and hope restored. I have seen salvation.

If you do this study, it will change your life. You will cultivate intimacy with the Lord and with others in the group. God will bring those hidden things that were in the dark into the light so you can be healed and free. However, it is not just for the hurting, but a benefit to disciple every believer. I believe everyone should go through this study.

What would you say to someone considering participating in Keys to Freedom?

Keys to Freedom is unlike any Bible study I have ever done. I would describe it as a discipleship tool you will refer back to the rest of your life. You will learn a lot about yourself and find those places the Lord wants to heal as He makes you more like Jesus. You will also have the support of your small group, who will love and encourage you.

We are so grateful for the opportunity to share Nancy’s story and hope that it is an encouragement to you. This study can be done in a group setting or individually. If you are interested in participating in or leading a Keys to Freedom study, you can find more information at https://mercymultiplied.com/keys-to-freedom-study/.