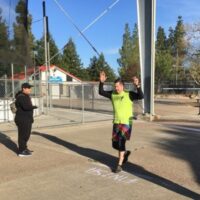 Several weeks ago, Mercy had to make some adjustments to its Run for Mercy 5K and Family Walk events in order to follow CDC guidelines and safer at home orders due to the coronavirus. There were so many people who had worked hard to build teams, raise funds, and train for this event and Mercy is so grateful for their passion to help young women find freedom in Christ.

One team in California, led by Community Board Members Christina and Jeff Wagner, created their own race day to celebrate their accomplishments and to encourage and cheer each other on. While some of our physical events were cancelled, we wanted to share how one team made the most of the situation. For those who registered for any of our 5K races, we hope this story inspires creative ways that you can still run the race.

Jeff and I were leading a team from Christ Community Church for the Run for Mercy. This is our second year doing this and we have so much fun. This year we decided to just focus on the Couch to 5K aspect and not include a Bible study to go along with it.

Beginning January 4, 2020 this team met together every Saturday at Maidu Park to practice for the Run for Mercy 5K. Each week they pushed themselves either by going farther, running more, getting up early on a Saturday morning, dragging a dog along, etc., specifically our Senior Pastor, Greg Alderman, committed to completing a Couch to 5K program and finishing the race.

It was great getting to see this group each week come together, support and encourage one another and have a good time doing it. Jeff and I were so proud of watching them grow and stretch themselves.

As the race was approaching the COVID-19 virus was becoming more and more critical. Several races were getting canceled that were around the same time as Run for Mercy. We knew that it was possible that it was going to happen. But the group was determined to wait it out and see. 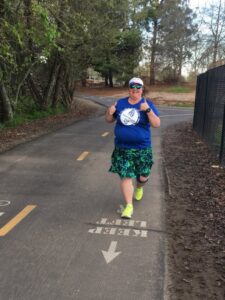 Sure enough, social distancing went into effect and the run was canceled. For some, that may have meant the end. But not to Jeff and I, we had committed to this group that they would do a 5K race on March 21, 2020 and that is what they did.

Once the race was officially canceled, we jumped into gear to make our virtual 5K one that we would do live and in person together. I ordered race medals online and set the race time for Saturday, March 21, 2020 at 8 am and let the team know.

On Friday, March 20, 2020 Jeff and I went out to Maidu Park and marked the course in chalk. We placed directional arrows, encouraging words, noted where the hills were and even Jesus Loves You!! Knowing that our words would not only encourage those on the race day, but anyone who read them before and after.

Race morning arrived. We had a couple of people from our group that opted to complete the race at another time and we were so happy to hear that they had not given up the chance to do it another time. For the rest – they showed up AND brought their family members with them. Our Senior Pastor brought his wife and two youngest children. One of our trainees from last year brought her daughter, who had come home early from college due to COVID-19.

We gathered together (6 feet apart) near the finish line and had a word of prayer before we raced. The group then headed off to the start line. Right at the start line was Ashley (my daughter) who had an official stop watch app on her phone to keep time for each runner. Yes, we were keeping this official so that every person had the opportunity to see how they did.

And off we went. Some walked, some ran, some did a combination of running and walking. Everyone had a blast!

It was such a fun morning. While we missed the official race, hearing the girls’ stories and seeing all of the competitors we made the best of the situation.

If you are interested in helping more women find freedom and would like to sign up for a race, we still have a virtual option available and you can find out more information here. Register by May 4 and you will be guaranteed a t-shirt! 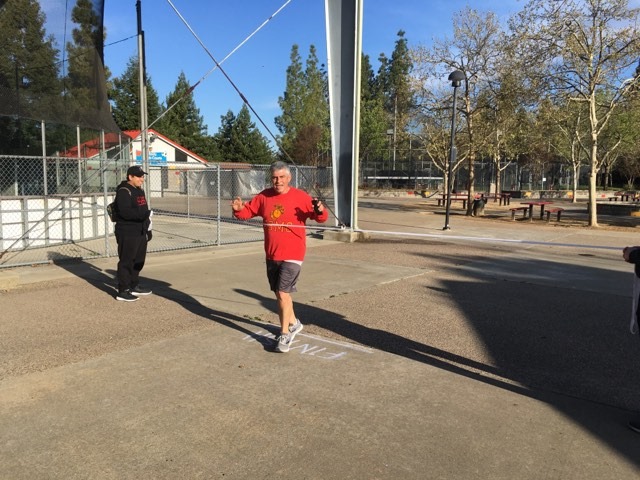 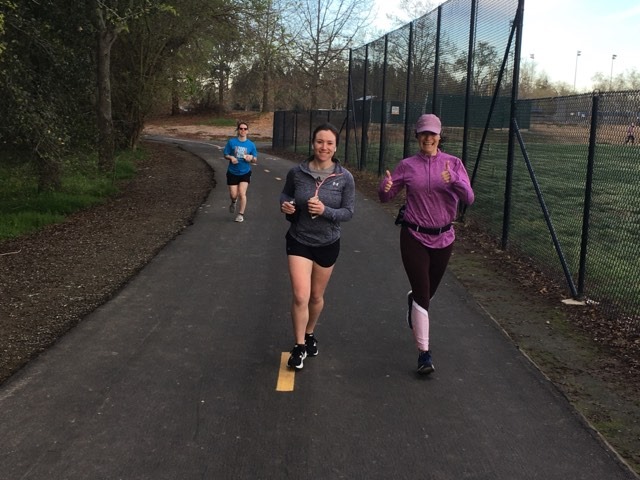 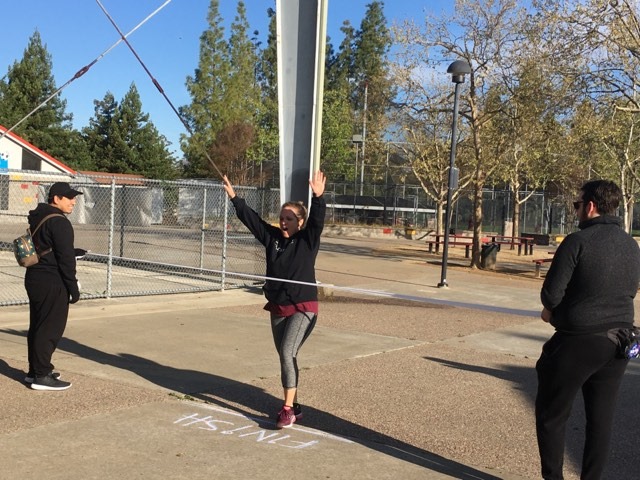