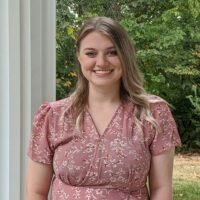 I was born into a very loving but broken family. My parents separated when I was about two years old. This caused a lot of instability and anxiety. Growing up, I was close with my dad, but he struggled with anger and addiction. When my dad was angry, he would lash out, which caused me to have an intense fear of all males. Eventually, my father joined the military and moved away, which caused a sense of abandonment.

In elementary school, I was exposed to pornography and unhealthy sexual behaviors. My anxiety increased in middle school, and I began being bullied. My fear of males escalated after being sexually assaulted all through middle and high school. I started self-harming, smoking, and abusing alcohol. To feel affirmed, I turned to unhealthy and dangerous online relationships. I began to experience depression after being kicked out of the school’s academy due to low grades.

Things got better for a while when I was baptized. But I made unsafe friends at school. I was surrounded by drugs, alcohol, and very toxic behavior. This knocked me off of my feet as well as my faith. My mental health continued to decline as repressed trauma from sexual abuse as a child arose. I had a mental breakdown, and after sharing suicidal thoughts, I was hospitalized.

I went through treatment but had minimal results. I got into an abusive relationship and put myself in many dangerous environments. I was raped at a party. A week after, my close friend was killed. A few weeks later, I found out my assaulter wasn’t being prosecuted. My way of coping for the next year was drugs, alcohol, shoplifting, becoming very promiscuous, and being in sexual relationships constantly. I felt my life was headed nowhere, and no matter what I did or where I went, I was used and abused every time.

My mom told me about Mercy, but I did not want to go. After months of pregnancy scares and suicide attempts, I hit the lowest point of my life, and I couldn’t handle it anymore. I finally agreed to apply to Mercy.

When I  walked in the doors of Mercy, I was a wreck. My first week was rough. I cried constantly, and I did not think I could do it. But during my time at Mercy, God has completely proven me wrong. I’ve never felt proud of myself for anything, and God restored that. He’s taught me grace. He gave me clarity as to why I struggled.  He orchestrated every part of my time here perfectly. He walked me through all of my hurts and brought me healing for all of it. He’s shown me protection, security, and pure love. He has restored my mom and I’s relationship, and I can genuinely say she is my best friend, and I would not be here without her. Where I looked for affirmation from men, God showed me how to receive that from Him instead.  He has shown me how to rest in Him and to give Him complete control. And He’s given me this supernatural desire to follow only what He has for me.

After Mercy, I plan to get my GED, find a job, and save for a car. I plan to get a cat. Next fall, I plan to go to ministry school and get my pastoral license so I can become a pastor! 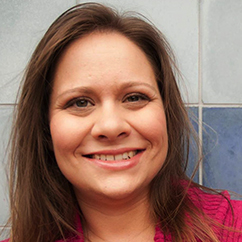 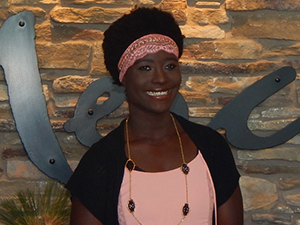