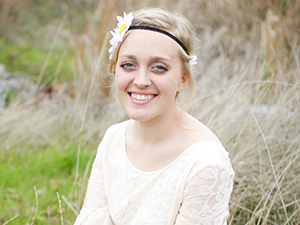 When I was a couple months old, I was diagnosed with severe asthma. My childhood was comprised of hospital beds and breathing treatments. Due to my frequent hospital trips, my parents worked very hard to pay for all my medical bills. As they worked I was left with a number of babysitters. In the care of one of my babysitters, I was exposed to the occult world. Another babysitter physically and verbally abused me, especially around food. I was often locked in garages or sheds and was fed dog food for eating “wrong.” This started my 15-year battle with an eating disorder. Later, I was sexually abused by a babysitter’s grandchildren. When I came out about the abuse, no one believed me, and I was told to stay quiet. I was confused and hurt.

After an asthma attack that almost took my life, doctors encouraged my parents to move to a dry state. I blamed the move on myself and carried a lot of guilt from it. I started self-harming to punish myself and to release all the suppressed emotion from my abuse. During my junior year in high school, I was diagnosed with anorexia. I got attention from my body and believed that was the only way I could be loved. I was very promiscuous and based my self-worth on what others thought. During my senior year of high school, I first attempted suicide. Over the next year, I had many more suicide attempts. I went to counselors and psychologists who told me I was going to die from my eating disorder or be locked in a psych ward before age 20. I wanted to die but couldn’t understand why I was still alive. I didn’t see the plan God had for me.

My art teacher and his wife sat me down one day and told me I needed to get real help. They told me about Mercy, and I filled out the application with no real intention of stopping any of my habits. I was underweight, abusing laxatives, taking diuretics, smoking, and drinking. Finally my body had had enough, and I was hospitalized. I realized that I wasn’t going to live much longer if I kept up these behaviors. I finished the Mercy application and was accepted into the program.

I arrived at Mercy broken, shameful and unsure of who I was. I tried faking it in the program for about three months, but I ended up back in the hospital. When I returned to the program, I had to face the consequences of my actions. During that time, I heard from God in ways I never thought were possible.

Because of Mercy, God has given me joy, life and hope in the cross of Jesus Christ. I have gotten my voice back and learned my authority in Christ. I now know how to speak against the lies of the enemy and walk in God’s truth.

After graduation, I plan on working, sharing my testimony, and bringing hope and joy to desperate and hurting people. I eventually want to be a worship leader.

To Mercy’s donors, thank you so much for all your support. You give hopeless people hope for a future in Christ. You are such a huge blessing to every girl who walks into Mercy. 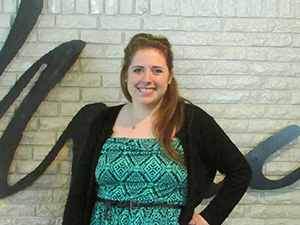 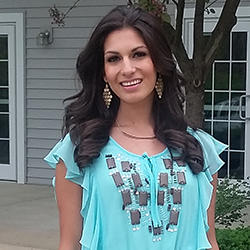 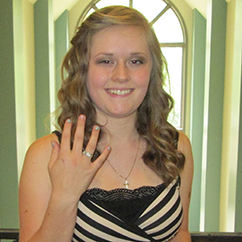