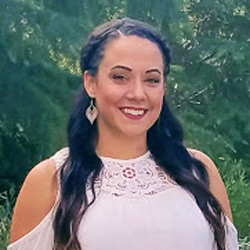 I was born to two very loving parents who fought to give my siblings and me a better life than they had. But still, the constant moving and instability in relationships affected me. I did find some stability in my relationship with my best friend. One weekend when I was 12, I stayed at my best friend’s house, and that night changed my life forever. There was a party going on with no adult supervision, and I was sexually assaulted by one of the neighbor’s family members. I was so confused, hurt, embarrassed, ashamed, and even more fearful of what might happen if I ever told anyone. I did whatever it took to play it off like everything was okay. I kept myself busy with academics, sports, and social events as often as I could, into and throughout high school.

When high school came to an end, my thoughts started to consume me. I turned to alcohol, marijuana, and partying as often as possible. At the age of 21, I started my battle with prescription pills. At 22, I got into a relationship and kept my addictions a secret from him until I got caught stealing checks to fuel my habit. He immediately broke up with me, but a week later I found out I was pregnant, so we decided to try and work it out. Right away I stopped abusing all substances, but then I miscarried. I blamed myself because of my drug use prior to knowing I was pregnant. To cope with the guilt and shame, I turned to what I knew best, alcohol and prescription pills. Eventually this led to the relationship ending and me checking into an outpatient treatment program, which was unsuccessful because my heart wasn’t in it.

Within a year I checked into a 30-day residential treatment program. Shortly after finishing treatment, I met my husband. Within eight months, we were married without our family’s knowledge. Over time we both slipped back into old habits. After 10 months of marriage, he was convicted and sentenced to prison. All my hopes and dreams of having a family and a future were crushed. I became very angry with God and wanted nothing to do with Him. I was arrested for a drug-related crime I had committed a year prior. As a result, I was sentenced to two years of probation but failed to comply and was eventually sentenced to one year in a state facility.

Looking back, I can see that going to prison was God’s divine intervention in my life. My husband and I could communicate through letters, and one day I wrote him asking about God and the Bible. We decided to read two chapters a day and write to one another about what we took away from that reading. Then one day I was passed a book titled “Trapped” by Nancy Alcorn. I had no idea who Nancy was or what Mercy Multiplied was. What God did for those girls was amazing, but I never thought it was possible for me. Seven months later my mom told me about Mercy Multiplied. At this point, I hadn’t connected the dots between the book and the place she was telling me about. I really prayed out to God for the first time, and I felt God tell me I needed to give it a shot. I had literally lost everything already, so there was nothing left to lose.

A turning point in my Mercy journey was going through the “Renewing the Mind” and “Breaking Generational Patterns” components of the Keys to Freedom study. They both opened my eyes to all the lies I’ve lived my life believing and feeling like a victim because of them.

I came into Mercy with an open heart and mind, ready to put it all on the line. I was so broken, insecure and ashamed of where I had come from, but I was welcomed with open arms. I could feel the presence of God all around me and realized for the first time that I had always had God with me; I just never acknowledged Him and His power.

At Mercy, I learned that my past does not equal my future, and I am no longer “once an addict, always an addict.” In 2 Corinthians 5:17 it says, “Therefore, if anyone is in Christ, he is a new creation; old things have passed away; behold all things have become new.” I realized that through Christ, I have the power to change things in my family forever. Now I can pass on the truth of God’s Word, an example of a marriage rooted in His love, and an identity in Christ and Christ alone. I learned how to be a woman of integrity who loves others the way God wants me to and how to be a leader that chooses to walk in His truth daily.

One of the coolest parts of my time at Mercy was when I got to see God’s plan come full circle. One day my counselor handed me my reading assignment, and it was “Trapped” by Nancy Alcorn. I recognized it instantly; this was the book that I had read in jail, thinking that this kind of transformation was impossible for me. And yet, there I was a year later, at Mercy about to graduate. God made the seemingly impossible, possible and transformed my life forever.

I can say that the most important thing I’ve learned along my journey is forgiveness. Forgiveness for those who have hurt me, but especially forgiveness for myself. I finally forgave myself for the hurt I’ve caused my family and learned to love myself the way that God loves me, despite the things that I’ve done.

After Mercy, I plan on going back home and living in my beautiful new apartment. I plan to visit my husband as much as possible, enroll in a bible college, and pursue my dream of working with women suffering from addictions that have been to prison or that have loved ones in prison. I want to make my pain my passion and help transform lives through God’s Word. My God is a God of the impossible, a God that moves mountains!

Thank you so much, Mercy supporters, for making all this possible for me. Without you I wouldn’t ever get the chance to walk as a truly free woman. Thank you for your continual obedience to Christ and giving to a ministry that has forever changed my life! 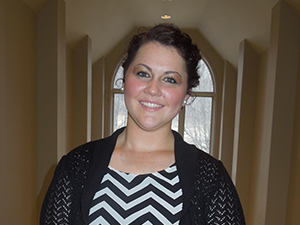 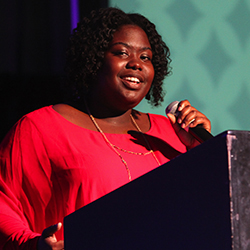