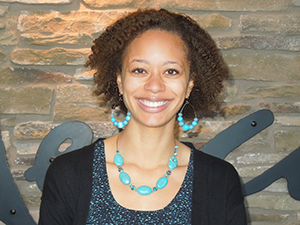 Growing up, my home was very abusive, and I was in constant fear of neglect and abandonment. I felt insignificant and believed that I had to prove my worth through my actions. Soon, my mind was controlled by depression.

I read about Mercy on the blogs of two Mercy graduates. The program sounded incredible, and I realized that I needed the help only they offered. I applied and soon entered the program.

When I arrived, I was so excited but had no idea how deeply rooted fear was in my life. Though I was outwardly compliant, I struggled to relinquish my self-sufficiency. However, God kept working on my heart. I began to realize that He likes AND loves me. He doesn’t want me because of what I do but because I am His. The fear that had bound me for so long was finally released, and I was set free. Today, I can live the abundant life God has for me.

After graduating from Mercy, I’ll move to California to attend a ministry school. I’m so thankful for my time at Mercy. My entire approach to life was radically changed. Today, I live in victory and freedom!