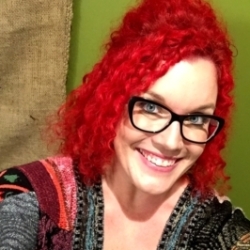 At a very early age, I experienced sexual abuse by my father who was an alcoholic and diagnosed schizophrenic. I was threatened that if I told anyone about what had gone on between he and I, he would hurt both my mother and me, so I felt bound to silence. As early as I can remember, I felt less than, rejected, used, and plagued by fear. My childhood instilled perfectionistic tendencies in me along with a heightened feeling of expectation to be the “best” girl I could be. On the outside, I was a very happy child. I was a good student, a striving athlete, and people often commented on my smile and laugh. However, they didn’t know what brewed beneath the surface of a perfectly tailored façade. When I was 11, my father committed suicide, and internally, rage and anger set in. I was jealous of his death, and I refused to go to his funeral. Though on the inside pain and anger brewed, I was back to school the following day with a smile. Shortly after I began self-harming. I learned to numb myself emotionally by inflicting pain physically.

I had been self-conscious and embarrassed of my size most of my life, but during middle school, I became engrossed in what became the start of my struggle with an eating disorder. Toward the end of high school and my start of college, depression sunk its teeth in me and caused even greater spirals into anorexia and bulimia, along with bouts of binge-drinking and further numbing. I thought I was fine, though, because I was able to maintain good grades and keep it all hidden behind a perfectly tailored mask. In my third semester of college, eating disorders, self-harm, and depression were at an all-time high, and I tried to end my life. I thought I’d finally get the release my father had gotten many years earlier. However, God intervened and saved me.

I entered Mercy in January of 2006 as a very broken, depressed, starving, hurt, afraid, shameful, guilt-ridden, and bound young woman. I had given up on the dreams that had once filled my heart. I went to Mercy as a personal last resort. I had been professing Christ for years, gracing the church pews with my presence, and even leading Bible studies with other girls and young women, but I had never felt what I felt when I walked through Mercy’s doors. The staff blew me away as they took me in without judgment and loved me despite what I’d done or what had been done to me. I spent a little over 11 months at Mercy, and it was during that time that I had a true revelation of God’s love for me! It was a love I didn’t have to earn or deserve, one that was given unconditionally, without regret or restraint. This revelation initiated the belief that I had value. As I walked through several months at Mercy, my value as a child of God, a daughter of the King, was edified, and I began to accept it as truth. Wounds of rejection and abandonment were healed as I understood God’s unconditional love for me and acceptance of me. Pain and fear were exchanged for boundless love and supernatural healing. Tormenting thoughts of shame, guilt, and self-hate were exchanged for biblical truths found in the Word of God. I went from being hopeless and without purpose to being hopeful and recognizing I’d been made for a purpose greater than I could comprehend.

Since graduating from Mercy in November of 2006, the journey of greater healing and deeper freedom has continued. My life has NEVER been the same! I have completed birthdays I never wanted to complete! I have lived years I never thought I’d live! It’s been incredible to see God’s plan unfold before my eyes. I have had some pretty amazing experiences!

In 2009, the Lord took me to Guatemala where He allowed me to stay for a total of a year and a half. I lived in a very rural, primitive village in the mountains, sharing the amazing love of the Lord! I preached in several churches, led and discipled youth, taught English, and was a part of countless other opportunities that I will never forget! When I returned to the U.S., I was offered a job as a Spanish teacher at the high school I graduated from. It was a very redemptive and growing season. Later the Lord led me to a local house of prayer where I began to serve. Shortly after, I knew that God was leading me back into a season of full-time occupational ministry. I left my teaching job and began taking steps to serve the Lord by going on staff at the house of prayer where I had been serving.

I began developing a department of justice initiatives and collaborating with other local ministries that were ministering to the lost, broken, addicted, and exploited throughout the city. Throughout the years that I served in this capacity, the Lord was continuing to build up and breathe life on dreams and visions that He began speaking to me and revealing years earlier. Recently, I received approval from the house of prayer leadership to begin moving forward to develop a ministry that will help to teach, train, and equip individuals and communities to walk in healing and freedom from various forms of trauma, bondage, and addiction. I am expectant to see how the Lord provides as I move forward with this dream that He birthed within me. I look forward to seeing how the Lord continues to bring increase and multiplication to the work that He began in me many years ago when I first tasted the fruit of healing and freedom. It is for freedom that we have been set free!

God used Mercy in an incredible way, and I will forever be grateful for the truth God instilled in me during my time there and forever grateful for the amazing staff God used as vessels of tremendous love and support. 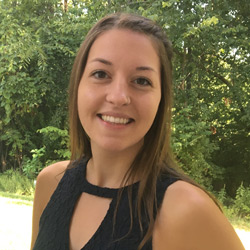 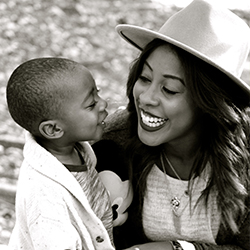 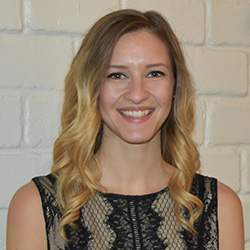