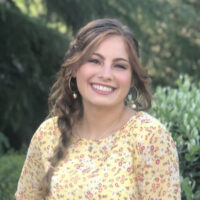 Growing up I was a very happy little girl, full of life and constantly singing and always carrying a smile on my face. I was blessed to be raised in a very loving Christian home where my parents served as examples of Christ for me to look up to. Because of this, I made the decision to give my heart to Christ at a young age, and I experienced the Holy Spirit speaking and moving in my life. I was intrigued to know the God I gave my life to more and more and become a light for Him wherever I went. But what I hadn’t realized was that Satan was on the prowl, and his mission was to steal, kill, and destroy the beauty that God had begun to flourish inside of me.

Around the age of ten, my dad became a pastor and people were very aware of who my dad was. My grandfather was also a pastor and very well known in the community. This lead me to feel like I had to be perfect in the eyes of everyone watching, otherwise, it would put a bad reputation on my family, the church, and the God I had given my life to. In fear of disappointing God, I held myself to impossible standards and strived for the acceptance of everyone I met. But the enemy constantly reminded me that I would never be good enough, and I could never measure up. This was a battle waging war in my mind for many years, building up strongholds and creating roots of perfectionism and rejection. In middle school, my mom was diagnosed with a chronic illness which drained her energy and caused her to be less present emotionally and mentally in my life. This only fed my need to be perfect and gain attention and approval.

The pressure of holding onto the mask of perfection and all the fear of rejection, failure, and insecurities built up leading me to restricting food in secrecy, which carried on throughout high school. I began to believe the lie that God didn’t see me anymore. To fill this void, I found myself finding my worth in only what others thought of me and my security in unhealthy relationships. My eating disorder continued, and I began to self-harm to numb the pain I tried so hard to suppress. This increasingly got worse throughout my senior year, causing me to become suicidal. I believed God didn’t care about me enough to stop the hurt I was feeling, I felt unseen and unwanted by the God I loved so much as a little girl. Yet, I continued going through the motions of my religious life as if I was completely fine.

For the six months leading up to Mercy I was labeled as a severe out-patient which only made me become more secretive with the eating disorder allowing the wrong paths to be more worn down. As my life sank into deeper waters and I knew I was drowning, I cried out to the God I had lost all relationship with as one last effort to resurface.

I walked through the doors of Mercy with a mask plastered thick holding my identity as a girl only known for her eating disorders that would never fully recover. My mask was my disguise and I had had it on for so long I didn’t even know who the real me was. When the staff noticed my mask of perfection, they were able to speak truth and God began to chip away at my perfectionism. This is when I was able to really renew my mind and turn head knowledge of who I was in Christ into heart knowledge.

During my time at Mercy, I began to allow God to completely remove the mask. Through removing the mask, I struggled deeply with my identity still being found in the diagnosis of my eating disorders and that I was only noticed by God because of them. They had become such a part of my life, I was afraid of who I was without them. But as I grew closer to God, He revealed more and more to me that I was chosen before the foundation of the earth was even laid and will always remain found in Him and not in what I did. He showed me that I was fully known by Him, and He still wanted all of me. Also, through the healing life hurts module, God began to show me He never walked away and I never left his sight; He was singing his song over me from the very moment he placed me in my mother’s womb. Through this I had many revelations of the unconditional love God has for me and my love and passion for God began to grow rapidly.

In addition, while at Mercy, I was given the courage to address the hurt I had felt from my mother’s illness and through this God brought reconciliation to my relationship with my mother and all the lies of abandonment began to disappear. This also began to close the door of the fear to ask for help due to feeling like a burden; but I’ve been able to realize that God has purposely placed people in my life to help me through different seasons and not asking for help is only a hindrance to me and my needs. I’ve been able to find worship as my warfare and grow more intimate with God through worship. I’ve learned that I don’t have to put on a show for God, I just have to show up. I don’t have to have it all together, I just have to know the one who put it all together. He does not want perfection out of me, He just simply wants me because I was made perfect in Him.

After Mercy I plan to go home with my family and ease back into life. Also, while being at Mercy, God revealed to me my passion for worship and called me to be a worship leader and I’ve been given the opportunity to do an internship at my church. I want to continue to grow closer in my relationship with God and let his beauty flourish through me every day.

I am so thankful beyond words could ever express because without coming to Mercy I don’t know where I would be. And it wouldn’t have been possible for me to come here without donors being so giving and generous. 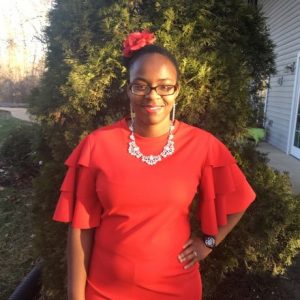 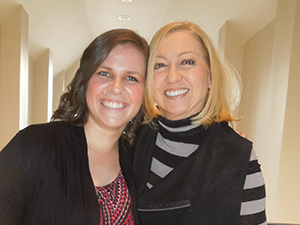 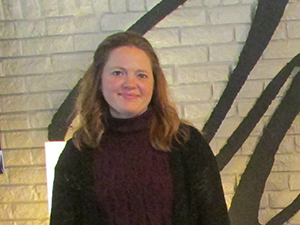 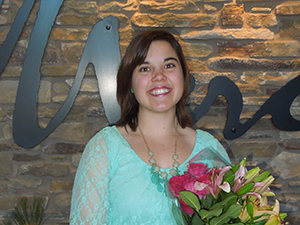