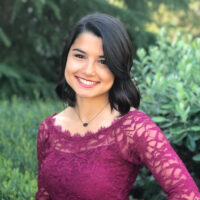 I was adopted at the age of two, by loving and supportive Christian parents. Although I grew up in a blessed home, I still felt abandoned by my birth mom and believed that I wasn’t good enough. I began to act out against my parents and started self-harming to try to cope with my pain. In high school, I met a boy who became my whole world. We became very intimate with each other early on in the relationship. Later in college, I skipped class to get drunk, and I was hospitalized for alcohol overdose. I did not remember anything from that night, and only after a doctor’s visit did I realize I had been raped. When my school found out about my alcohol abuse, I was kicked out of college due to my reckless behavior.

My college dean had mentioned Mercy Multiplied to my parents as a good place for me to go. The last thing I wanted to do was go to some treatment center, but my family and I talked about it, and I agreed to go. At first, secretly, the only reason I even applied was so I could get through the mess I made, make my parents think I’ve changed, and go right back to being with my boyfriend.

Once I entered the doors of Mercy, the first month or so was very hard for me. My boyfriend had called me to break up with me, and all the lies I once believed about myself came back. However, as time went on, God began to work on my heart, and His desires became my desires. After some time, my whole perspective changed. I realized my worth should have never come from any boy. God showed me just how much bondage I was in, and I started going through this journey, not for anyone else, but for myself. I decided I would put my whole heart into this program, and I was determined to graduate, no matter how hard it would be.

During my time at Mercy, it was hard to surrender my will to God daily, and not be defined by the loss of my relationship. When I started renewing the mind, I realized that I have authority over the enemy through Christ. The lies that I once believed- that I was a mistake and a mess-up- are now filled with God’s truth, that I am chosen and worthy. Now, I am walking in freedom from the lies I once believed, and the things I was once bound in. I will never forget the amazing encounters I had at Mercy, where the Lord showed me that He was in all the little details.

After Mercy, I will continue to live at home with my parents and continue going to my dad’s church. I plan on going to college to become a teacher, and also further pursuing the calling that God has on my life to use my voice for His glory.

To the donors, thank you so much for your donations! 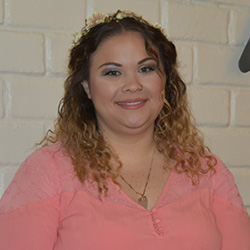 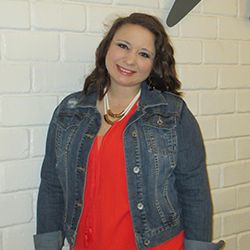 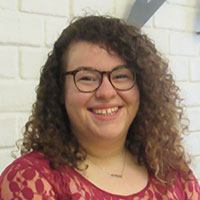