I grew up with a chaotic life. I had challenging family relationships. I remember the start of my downward spiral. It began in 5th grade when I was diagnosed with Bipolar Disorder. I was put on medication for the first time and began going to see a counselor. I was being bullied at home and at school. Around the same time, I was sexually violated by a female peer. The bullying continued through middle school, and by the time I got to high school I had lost hope for my future. I began to fight for control in any way that I could. Which is when I began to self-harm and cycle between eating disorder behaviors of binging and restricting. I was able to hide my eating disorder from my friends and family for over 5 years without anyone knowing. My eating disorder lied behind a deep root of perfectionism. During high school I felt unworthy of love and acceptance, so that led me to find false satisfaction in pornography and I developed an attraction to females. I did this in hopes of finding love somewhere rather than not having love at all. Since I grew up in the church, I knew the lifestyle I chose to live was not acceptable in the Christian community. I was so lost in the patterns and behaviors that I couldn’t see a way out. After high school, I attended a Christian University and thought that by going there I would be able to leave all my past problems behind me and move on. I was very wrong. I was unable to break the cycles of addictions that I had developed, and my health began to crumble.

As I began my time at Mercy, I had to learn two valuable lessons of trusting and yielding. Most of my life I took on false responsibility and that caused me to become very independent. At the end of the day it wasn’t just about trusting. I had to learn to give up control and believe that the staff had my best interest in mind. The staff helped me come to terms with the fact that perfection is not possible, and it surely is not the goal. Someone close to me in the house told me “perfection is not attainable on this side of heaven”, and it stuck with me. For two weeks I was given what was called a rest week, and my counselor didn’t give me any assignments. This activity taught me the importance of being still and not feeling the constant need to prove myself through doing. It was frustrating at first but on the other side I am so grateful for the staff. I received prayer from a few guests that came to visit us. This was the point in my journey where many chains were broken off of my life. Chains of sickness and disease, torment and oppression, and the hope that I had lost was being restored back to my life. The word the Lord gave me was full of promises He had been waiting to give me. He gave me promises of healing and abundant life.

My time here at Mercy has given me the understanding of what it feels like to be loved and cared for unconditionally. Not because I earned it or because I had to prove myself, but because of the full acceptance that God gives us as His children. The staff at Mercy began to call greatness out in me, speak life over me and into me, and it challenged me to be doing that over my own life. In the module Renewing the Mind, I had to face the lies that the enemy had led me to believe for so long. I learned the truth and I began speaking it to myself daily. I began to say things like, “I was made for a purpose and God sees me” instead of feeling unimportant and overlooked. Instead of believing I was alone I learned to rest in the truth that God hasn’t left me, and He is for me. Learning the truth of God’s Word and standing on it has helped me to experience victory over the enemy. I no longer have to be consumed with lies because I have a choice to believe the truth of God’s Word.

After Mercy, I am able to take everything that the enemy meant for evil and glorify God with it because of the redemption I have experienced. I will be beginning my next adventure in a new state. I will be starting a job and I plan to take a season to continue walking out the freedom that I have found. I plan to be continually rooted in the Word of God and fellowship with others. My desire is to work with young girls and women who are searching for hope, because I know that place all too well. I plan to use my passion for writing and communicating to impact people all over the world by empowering and encouraging them to grow in Christ. I know what it feels like to be empty and I know what it feels like to be full. My prayer is that God will use my life and story to bring honor and glory to His name.

I am forever grateful for such generous and willing donors who believe in the mission of Mercy and who are willing to give not only their money, but even their time and prayers to see lives changed. Without their support of Mercy, I would not be walking in freedom like I am today. 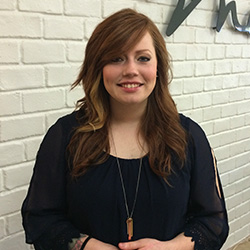 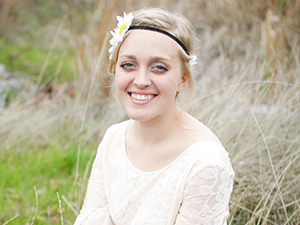 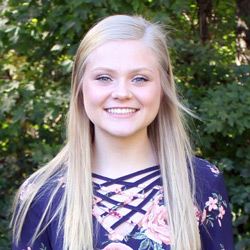