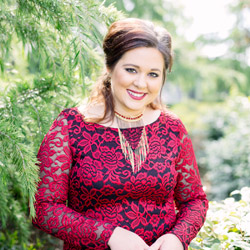 I grew up in a Christian home and had all I ever wanted or needed. I had a whole lot of love. When I was eight, my parents divorced and my dad moved out of our home. Even though I didn’t understand it and it hurt me, God turned that into a blessing. Now I have two amazing families and enough siblings to form a small army. I had a lot of friends growing up. When I was 13, I experienced the first major loss of my life. My middle school boyfriend drowned. I was devastated. I began sleeping all the time and was not motivated to do anything. I didn’t know what to do, but I knew I needed God to save me from the pain I was in. One night I cried out to the Lord, and He saved me, but in that very moment, the devil started to attack. I believed I wasn’t allowed to be happy. A few weeks later, I began experimenting with drugs and alcohol. I was 14. I got caught at school and ended up in an alternative school where I learned even more about how to deceive people. I was spiraling out of control and learned to hide my actions. When I was 18, I began using street drugs, dating a man who was married and significantly older than me, and attending church all at the same time. My family was blind to the evil I had allowed into my life. I had somehow managed to graduate beauty school and was living on my own. To my family, it seemed like I was doing okay. This lifestyle of deception and secrets continued for years.

Eventually I met the man who led me straight to rock bottom – my new drug dealer. I moved in with him, and by the end of that relationship, the police had shown up at my parents’ house questioning them about my whereabouts. It was then that my parents realized how much trouble I was in and filed a missing person’s report. By the grace of God, I was found roaming around in a motel parking lot. That night I entered the psychiatric care unit at a hospital where I was treated with severe drug-induced psychosis. The doctors were not sure that I would ever come out of it, but God’s hand was on my life, and He gave me a chance to come to Mercy where I could get real help that would last an eternity!

I knew about Mercy because a family member had come to Mercy. I knew about the transformation that happened there. I applied while I was in a rehabilitation program and was accepted! I entered the doors of Mercy, but I did not realize what I had gotten myself into.

During my time at Mercy I struggled with committing to the program and submitting to staff. The pull between who I used to be and who I was becoming was so strong. I eventually realized how bad I wanted the complete freedom I knew I could find at Mercy.

I experienced God opening my eyes to different versions of the Bible. For the first time, I could actually understand it and connect with Him through His Word. He taught me that He is a loving God, not a God who was angry or ashamed of my past. He loves me right where I am, and He is going to use everything in my past to expand his Kingdom. While at Mercy, I found a sweet little place outside where I could go talk to Him. In that place, there are two trees that symbolize my journey at Mercy: a dead broken tree, and the one I call my “tree of life.” Every time I go look out the back fence and see those trees, I remember how far I’ve come.

Through Mercy’s Keys to Freedom study, I got the most freedom from learning the principle of “Healing Life’s Hurts.” I was able to open up and share about things with my counselor and my family that I thought I would never tell anyone. Being able to share with my family and not have it weighing down on me anymore was something I never would have done without Mercy and my amazing counselor. I learned that the devil wants you to keep things hidden. When you don’t share, eventually you begin to believe the lies.

The second key to freedom I learned was “Renewing the Mind.” In this key, we make truth statements to combat the lies from the enemy with what God says about us. I read mine every day out loud to remind the devil that I know who I am and whose I am in Christ. I thank God for the freedom I have found in Him while at Mercy.

After Mercy and in the future, I plan on going to school for a counseling degree to work with women who suffer from drug addiction. I would love to work at a place like Mercy or even open a place like Mercy for the older generations who feel like they have missed their chance for freedom. I want all women to know that there is healing power in the name of Jesus. It’s never too late to start your walk with Christ. He tells us to come just as we are.

To all the Mercy supporters, thank you so much for the amazing things you do for this ministry. I have no doubt in my mind that Mercy saved my life. I have a relationship with Jesus that I know is never ending. He will never walk away from my side. I can walk in this freedom because of your support. Thank you, thank you, thank you! God bless your life! 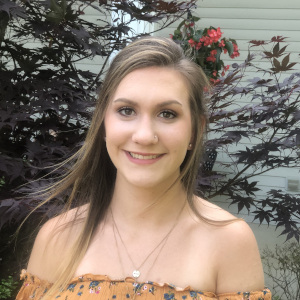 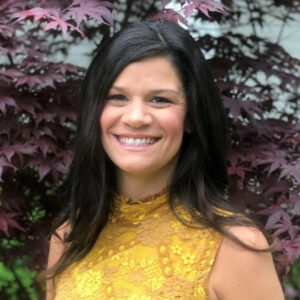 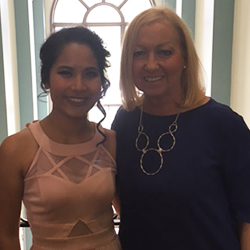 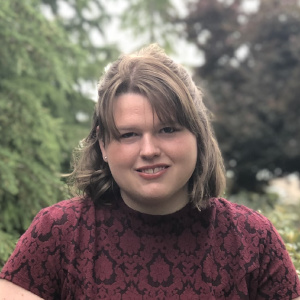