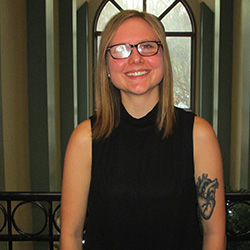 I was born into what appeared a happy, American family ­- a mom, dad, and three healthy kids. However, that’s not the childhood I remember. My memories consist of complete and utter chaos. Behind the mask I’d learned to paint on as a means of protection was a terrified child, playing parent. The world saw a smart, athletic, high-achieving, happy little girl. I saw a body that molestation had taught me to hate, the responsibility to hold the family secrets, and worth rooted in performance.  When I was nine, my brothers and I celebrated the announcement of my parents’ divorce, not knowing it would require us to choose a side. As a result, my dad was barely a speck in my life from then until I was 14. After the divorce I watched as my family each chose destructive forms of coping. I chose food. Life was chaotic and dysfunctional. I eventually moved in with my father and in the months following, my mom attempted suicide multiple times, often blaming me. In that time I also lost my best friend to cancer. Needless to say, my mask was only skin deep. The pressure to perform in school, in church, and with family was too much. My control over food turned into an untamable monster. I eventually sought help, but all treatment did was place the label “anorexic” on my forehead and tell me it was there to stay. I hated myself. I became terrified of the dark abyss I found myself in and decided to apply for Mercy. Something inside me knew that God was the answer I’d been missing all along.

I heard about Mercy through my former youth pastor who now works for Mercy.  I knew the treatment I had been to before was not enough. I was convinced that the only way out of the mess I found myself in was by giving it to God. Driving by Mercy one day I was listening to the Mercy podcast titled, “Do You Want to Be Well?” I decided I desperately wanted freedom and began the application. When I arrived at Mercy I was skeptical that this whole freedom thing was actually attainable. Soon enough though I realized it was not only attainable, but mine to grasp and hold onto no matter what struggle I faced.

One of the major turning points for me while at Mercy was finding the power to fight for my freedom, one meal at a time. One Sunday there was a particularly challenging dinner. I cried through the entire meal. A staff member spent time with me praying and encouraging me. I decided to do the exact opposite thing of what the eating disorder was ordering in my brain- I returned to the dining room for dessert. That night taught me that I do have a voice and a choice.

While at Mercy, I realized for the first time people were not expecting me to smile 24 hours a day. It was a bit of a culture shock. They didn’t run from the real me. I quickly dove into the Mercy process, ready to see what God had in store. I began discovering this God I’d never known. For the first time I allowed myself to be angry about all that happened in life and began to ask God the questions I needed answered.  As I mourned the absence of a mom in my life, God showed me the mother characteristics of Himself. He is capable of filling the mom-shaped void in my heart. As I’ve learned more about my Creator, I’ve begun to discover myself. My purpose is no longer to hold secrets, perform, or control. God is showing me that the more I let go, the freer my hands are to grasp onto His. Trusting God with my body and its nourishment was a struggle. God has shown me that the Maker knows its creation best and desires to bring life, never harm. My body is such a magnificent vessel created for a purpose. I don’t want to miss out on an ounce of God’s plan because calories held me back. I’ve learned to replace the lies that have spun through my mind for so long with eternal truth.

After graduating from Mercy I plan on going to art school to pursue American Sign Language and photography. I have a heart for missions and special needs children. I don’t know where God is going to take all of these pieces, but I know it will be glorious. My plan after Mercy is to recklessly pursue my Maker.

To all the Mercy supporters, I want to say, thank you! Thank you for helping provide a place of safety. Thank you for believing in God’s ability to come into the most broken of places and create something beautiful. Thank you for paving a path that I got to walk down and in turn, receive a life worth living. 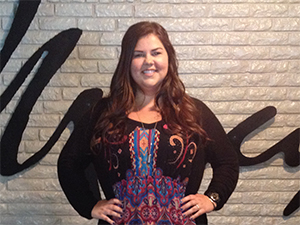 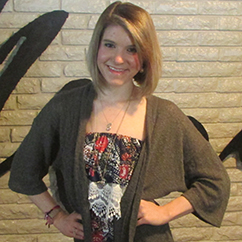 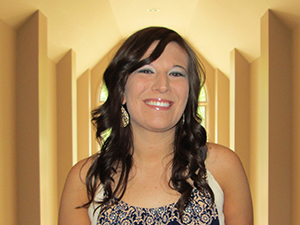 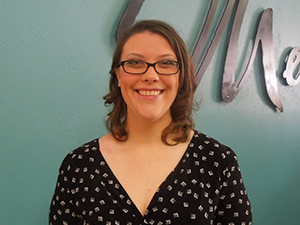