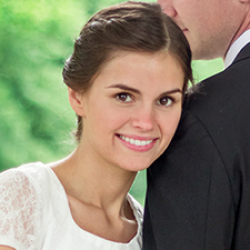 As a child, I grew up in a loving Christian home. I have many precious memories of my childhood. My family was involved in church in every way possible, but our church was extremely legalistic and conservative, which tarnished the way I viewed God. I was saved and baptized at age 12, but I never really understood what being a Christian meant. In my mind, it meant being perfect, which I constantly failed at. I viewed God as an angry, powerful being who was unreachable.

The summer I turned 16, things in church got really crazy. Pastors started making rules about what we could wear and what movies we could watch. They even told us when we could have our cell phones and play sports. I remember thinking that I had no control over my life any more, so one night I told myself, “They can force me to obey their rules, but they can’t make me eat.” That was the beginning of what would become a severe eating disorder. At first, I was so pleased with the emotions and feelings that went along with the decreasing number on the scale. I was happy and thought I was finally in control. The truth was, the deeper I got, the unhappier I became. I began to struggle with depression and suicide, and I even started to self-harm as a way to channel all the pain I was feeling inside into something physical. I was miserable. My goal in life became to die from my eating disorder. I dealt with a lot of social anxiety and learned to look angry all the time so people wouldn’t talk to me. I was so afraid of others seeing what was really going on inside me. I isolated myself into my room, afraid of facing the people who mattered most. My parents were desperate to find healing for me, so I went through numerous rehab programs only to walk out sicker than when I entered. I was hopeless, broken, and ready to die.

When I was 18, I met a guy (who is now my husband) through a mutual friend. I had never dated before, because I didn’t think it wouldn’t be fair to any guy to be in a relationship with a girl as messed up as I was. No matter how hard I tried to scare this guy off, he wouldn’t leave. He just kept loving me. He believed in me and showed me that I wasn’t a hopeless case. I came to a point in my life when God literally laid out two choices for me. He told me I had to choose life or death, and if I chose life, He would give me all the things I never thought I would be able to have. I decided to finally try to get help. This time it wasn’t for my parents or friends, it was for myself.

I walked through the doors of Mercy a broken, hurting girl. The staff was so kind and accepting of me and helped me feel at home.  While at Mercy, I learned so many things about the lies I had believed about myself and God. I learned that God is a God of love and mercy and justice—not hate or anger. They equipped me with the tools I needed to begin breaking down the strongholds in my life. My counselor helped me to build my foundation on Christ first so I wouldn’t be alone when I got to the really tough stuff. I was able to find rest and peace in Jesus that I had never known before. I grew stronger every day and was able to graduate a completely transformed woman.

After Mercy, I went home to live with my family. I taught school for a year and was able to catch up on some much needed time with loved ones that I had missed out on for so many years.

In May of 2014, I had the privilege of marrying the love of my life, and we are now building a future together. God has blessed me with an amazing husband, family, church, and fully restored health. All of which, I never dreamed I would be able to have. Thank you Jesus!!

One of my favorite scriptures is Psalm 139:9-10. “If I take the wings of the morning, and dwell in the uttermost parts of the sea, even there shall thy hand lead me, and thy right hand shall hold me.” 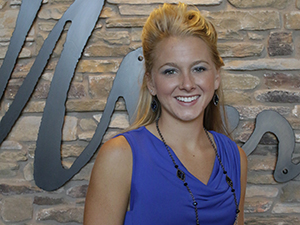 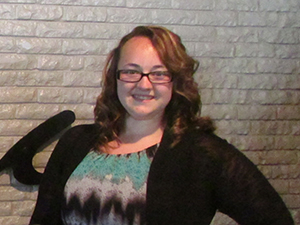 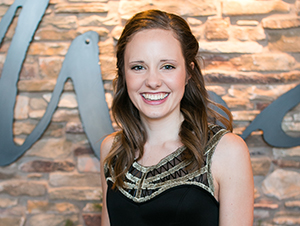