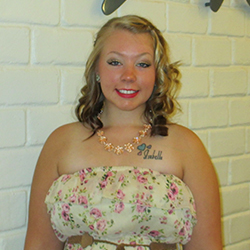 My childhood was chaotic. We moved a lot. I went to 17 different schools growing up. I witnessed domestic violence as well as a lot of violence in general. I was sexually abused and as a result, blamed myself, and dealt with a lot of shame. I dealt with feeling abandoned and rejected by people I trusted the most. I also had a lot of anger issues. I had a baby girl when I was 19, with a lot of complications at birth. She almost did not make it. I began to blame God for this. She is a perfectly happy, healthy, and normal three year old now. I know this is just one of the areas God has had His hand on my life. Her father and I had a very abusive relationship. After we broke up, I became hopeless, lost, and depressed. I started using and selling meth. I lost everything, including custody of my daughter. I had been in and out of jail the past couple of years and was really just tired of that lifestyle.

Someone first told me about Mercy while I was still in jail. Then, I met a Mercy graduate, and she also told me about Mercy and how much she learned while she was there. I had never known anything about God or even really believed in Him, but I had this feeling inside of me that longed for a relationship with Him. I came to Mercy to receive healing and got so much more. When I first arrived, it was kind of hard for me to adjust, but I gave it my all and dove in because I really wanted to change.

A major turning point came for me at Mercy, after being in the program three to four months. I really began to have a good foundation of the Bible and its truth. Once I was able to grasp God’s truths, everything else just seemed to work itself out. Having a relationship with God is probably the biggest thing that happened to me at Mercy.

While at Mercy, I learned a lot about the Bible. I now love learning the Bible. God definitely restored my hope. He restored the passion in my heart to be a mother. He gave me more faith and hope in myself to be the mother my daughter needs. I also have hope for my future in general and have a lot I want to do with my life now! I know that anything I want to do is possible for me to do!

After graduating from Mercy I plan on seeking employment immediately and plan to go to college for criminal justice and political science. I will also be working towards getting full custody of my daughter back. I want to continue to share my testimony to other people and just let God work through me!

Thank you so much to all that support Mercy for contributing to my journey of freedom! Without donors none of this would have been possible! 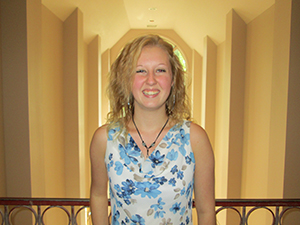 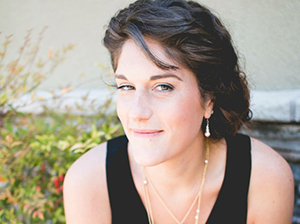