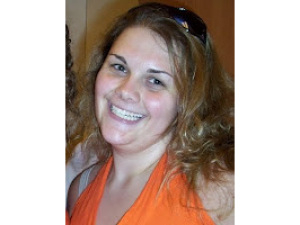 I graduated from Mercy in Monroe, Louisiana. I was diagnosed with many mental illnesses in my life starting when I was 17 years old. I was labeled with major depression, post traumatic stress disorder, an anxiety disorder, ADHD, borderline personality disorder and bipolar disorder. Hospital visit after hospital visit, doctor after doctor and counselor after counselor, told me that all I could ever do was try to manage the symptoms. I had chronic mental illness, and my brain and my personality were both broken. With so much disorder in my life and a life sentence for that disorder, hope was impossible to find. But Mercy gave me just that. Hope!

I have had several opportunities to speak since graduating, and that is the biggest thing I speak about. Without that hope, my efforts to change were in vain, because I knew that I was broken and could never be whole. Mercy taught me otherwise. Mercy taught me the truth.

After graduating from Mercy, I followed up with my previous psychiatrist to determine what changes could be made, hoping to be able to come off of medication all together. The visit was a check up, because I have been completely off of medication for six weeks. As I communicated with my psychiatrist how I was handling life and difficult things, like the unexpected death of a dear friend, he smiled from ear to ear and was, at multiple times, speechless. At the end of the appointment, the realization of something I did at Mercy was made concrete. I broke off every one of those labels at Mercy, but today, they were physically deleted off of the computer system and my medical record. That was an indescribable feeling. Then my doctor responded with congratulations saying that he had truly NEVER seen such miraculous change in anyone he has EVER known or worked with. He said he was amazed at the minimal amount of time it took to correct things that were a severe and chronic hindrance to my life. He helped me stay alive to get to Mercy, not knowing what it was, but today he sang the praises of this program and the work of God, as do I. Not only have I been given my life back, but I have been given that life more abundantly!

I want to thank you for your obedience to God that allows those of us who have been given up on a chance and a hope. I know God is what worked the change in me and continues to do so, but I had to experience the love of God through others before I could even try to grasp love as a positive thing.